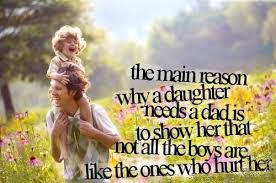 We’re having a WHAT?!?!?!? This post was originally published on January 26, 2014 on the Life of Dad website.  At that time i had no knowledge of what blogging was about or what really went into it.  I was lucky enough to be invited to write for the LOD website.  I had recently taken a new job that i utterly hated and had to leave my daughter and go back to work.  I was at a pretty dark place during that transition and the LOD guys gave me an outlet to vent without being too harshly criticized.  I cannot thank them enough.  After some modest success i was told that i really needed my own website to blog from.  I am still figuring it all out but i wanted to publish the post that started it all for me.  I will still be contributing to the LOD website and I hope that you enjoy my new “under construction” site.  As an aside, I no longer work at the job refrenced below, but rather have found a fantastic new position that allows me to spend the time i need with my daughter and be part of her life as.  I am truly blessed to have been placed in this new position.  More to come!

I think it is incredible how the human mind works.  Things that happened 24 hours ago I can not recall however I can vividly remember the day my wife and I went to the doctor’s office to find out the gender of our child. It was one of the most exciting, nerve wracking, and emotionally turbulent days in my life and those who know me know that is saying a lot.  I remember sitting in the doctor’s office being so nervous about the information we were about to learn.  Obviously, the number one thing that I was concerned about was the health of our baby. The typical 10 fingers and 10 toes and everything else needed to be where it was supposed to. Oh yeah! And blue eyes. We had taken all of the “old wives tests” to see if we could get an idea of what we were going to have; the Chinese calendar, the string over the belly test and other ridiculous hokum hoping to get a hint or a clue.  We even had a betting pool on it amongst friends. (Don’t tell the IRS, I have enough tax issues lol.)   But anyway, after we got into the examination room the technician began the ultrasound.  Our dear baby did not want to cooperate as it took 30 – 40 minutes to turn just right so we could get a good look at the whoo-haah.  As we waited we made awkward, routine small talk justifying why we wanted to find the out the gender of our baby: so we could get the room started, ask for the right stuff/clothes for the baby shower and mentally prepare ourselves for our child.

Then it happened……”Mr. and Mrs.  Antonucci, congratulations! You are having a baby girl!”  My wife and I looked at each other and she could see by the look on my face that I had been hoping for a boy. I tried to hide my initial shock and disappointment.  I was truly not sure how to react. ”That’s greeeaaaaaaat,” I struggled to say.  I walked over to my wife and kissed her on the forehead. “She is going to be beautiful,” I said, “just like her mom”.

I will be honest, I was very upset. My face must have looked like the face of “that” actor who is nominated for an Oscar or Emmy award and is in the audience when they discover they didn’t win. That “loser” who the camera is glued on to show the world their every reaction to the disappointment. Instead of swearing and yelling, all they can do is act happy for the winner – yeah, i made that face.  Clinging to my last hope, I nonchalantly and jokingly asked the tech to check again, justifying my request by saying, “I would hate to paint the room the wrong color, because if you’re wrong you’re going to come to my house and re-do it.” (Don’t do that, ever!)  She was not entertained at all and proceeded to show me how and why she knew my baby was a girl in a terse and defensive tone.  I received a comprehensive female anatomy lesson in that 8 minute explanation – topping any lessons from my high school Biology class and ‘extra-curricular’ activities I may have engaged in. (In my defense if she had done that originally, I would have not had to ask her for the double check.)  The tech was pissed, my wife was just shaking her head, and I felt like a total Asshole.  I was not starting this father thing out on the right foot and I could feel it.  I spent the following months preparing myself so I could be genuinely excited for when my daughter was born.

*Disclaimer* Please don’t assume I was upset at having a daughter.  I was scared more than anything.  I had set myself up to believe I was having a son and the news took me by surprise. I had to reassess and adjust. I love my daughter very much, more so than I would have ever thought possible and never would trade her for a son.

it’s a funny thing how the universe works.  When I was growing up I had a few girlfriends, mostly long term: a couple 3-year and 5-year stretches. Whenever I think of it it reminds me of Shawshank….lol. You know, where he wants to escape so bad he’ll wade through the sewer system?  But like most guys I was a skirt chaser. (Do they still say that? I think the correct lingo is Playa.)  Like most young men, I enjoyed the company of pretty girls. Then, as I got older, those girls needed to be women, still pretty but smart, also. (Of course, if I were single today those same smart and pretty women would just need to have a pulse.)  And it was these types of flashbacks that made me less excited to face the cold hard truth that I was going to be a father to a daughter. I thought long and hard about why the universe had done this to me.  I did say it more than a few times too. “Why me? Whyyyyyy meeeeee?”

Be a man she can compare other men to

In the back of my mind I had always been afraid of being told that I was going to have a girl. It was part of the reason I waited as long as I did to want to have children. So I did the first thing any man who was scared to have a daughter would do –  I bought a shotgun, and then I bought a second.  I read it somewhere as rule number one when having a daughter.  I don’t know if it was karma that sent me my daughter or the fact that the universe never gives you more than you can handle. (I’m calling bullshit on that one.)  The universe laughing at me, telling me that now it was my turn to watch out for the young thunder-cats of today that would try and hurt my little girl. The sad truth is that eventually it will happen and it will break my heart, too.  Unfortunately, I know there is nothing that I can do to prepare myself,  or my daughter, for when it happens, for me a break-up meant a night out with the boys and a few round of shots. I’m not sure that I would know how to mend a daughters broken heart.  And as these thoughts went back and forth in my mind, a harsher reality hits – all of my friends… every. single. one…has had a son.

Since that freak out over a year ago my disposition has changed.  I am still afraid of all the things that a father of a

daughter should be afraid of; however, I am more rational about it, depending on who you ask.  There is no changing things. My first child is a girl, my daughter. I  will most likely be over protective and irrational at times (most times).  I am trying to be the best father I can be.  I am reading some really good books (at least I think so), talking to other dads about their experiences, and am being there for my family. I want to be the best example of a man for her so that she knows how special she is and that she deserves to be treated a certain way.  Like other good dads with daughters, I want her to know that she can trust me and always come to me when she needs my help.

I hope that this has helped dads out there who have had or are having daughters in some way.  Maybe just knowing that there are other out there that feel the same as you do.  The silver linings have far exceed the fears. (So far!)  To all those dads out there who are pro’s with daughters or have similar experiences, I welcome your advice.