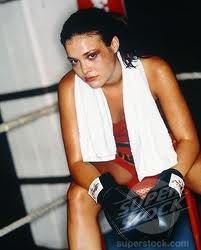 My wife and I have never made a big deal about Valentine’s Day. A long time ago we would go out of our way to get each other gifts and romantic cards when we first started dating; but, after 15 years together we decided that we would much rather spend every day loving each other instead of focusing on one day. We chose not to get caught up in the commercialism which Valentine’s Day has become, and the guilt that is forced on to us for not buying the most expensive gift or the most lavish dinner reservation. In the beloved words of Yogurt played by Mel Brooks in SpaceBalls, “Merchandising, Merchandising, Merchandising.”  In an effort to not completely shun the holiday, my wife and I go to the store together, pick out a card for one another and present it to each other. We read the Hallmark words that best relay our thoughts and then put the card back.  I know it’s kinda cheesy but so is the idea of one day a year where you go above and beyond to show your love for someone as opposed to any other day of the year. Many of us who are married, in a serious relationship or are parents know that just by living a life where your spouse, significant other and your children are your entire world shows a higher level of love and dedication than any one single scheduled day could possibly represent.  So for this week’s blog I want to tell you why everyday, not just February 14th, I celebrate my love for my wife.

One hot evening this past summer, my wife had “Nothin’ but A G thang” blasting from the speakers. That song takes me back!  There’s one line – actually there are a ton of great lines – but the one I’m thinking of is when Snoop raps out “And that’s realer than Real Deal Holyfield”. I watched my wife rap along with Snoop and Dre, her hand in the air, all the while playing mother, cook, and bottle washer.  I laughed, as anyone would if they saw this, and excitedly joined in. Later that night I couldn’t get that line out if my head so I decided to look it up and see what “And that’s realer than Real Deal Holyfield” – actually meant, if anything. So, as I started to get answers from Urban Dictionary, and found out that it actually did have a meaning.  It was described as being “legitimate” or “authentic” — the real deal.   I began to think about how we, as parents, are all the “real deal” in our own ways.

Battered and beaten my wife always gets up for another round

I mean, as parents, have you ever thought about all of the crap that we have to get done in a single day?  The day starts with a 5 am wake-up, actually I hear about that part. My wife, the consummate morning person, takes that shift. (I for the life of me cannot function before 7am.) So, to be honest, I don’t really know what happens between 5-7am, but I’m told I’m “missing out”.  Anyways, I digress. I’m not a stay at home father, not anymore and not yet. I know that when I’m away at work my wife is really the one who is the real deal getting everything done. I am sure you SAHDs know what’s up! I come home after work and I take my dear daughter off her hands for an hour while she finishes dinner.  My daughter and I have a chance to reconnect while we play together and my wife catches a quick breather before continuing the fight towards that end of the day bell. I liken it to a prize fighter sitting in their corner mustering up the strength to make it through another round knowing that eventually the final bell will be rung. Although she may be a bit beaten from a long day, she always gets up for the next round.

In my home we’ve done a lot of “re-education” as to what we as parents, co-dependent of one another, need to do in 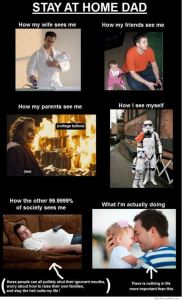 order to survive this time in our lives and to come out stronger and ultimately happier. It has taken and continues to take about 1 bottle of vodka a week,  the big one. Seriously though, I was going to say communication and sacrifice, but sprinkled with a little vodka, too. If not for my wife’s ability to multitask – handling Alana as well as completing chores such as cleaning the laundry and the dishes, and going shopping – we would not make it.

We sometimes talk about putting Alana into daycare, justifying that it will allow for us to become more productive professionally and potentially remove some of the stress of constantly having a toddler at home. But it always comes back to the fact that we are capable and lucky enough to be present in Alana’s life. As of now my wife works two days a week and Saturdays. We have a play date sitter who comes with her son and a family member during the week and I have Saturdays. We work hard to make it work. Eventually, we will put Alana into some non-traditional schooling/daycare and move back into our now revised schedule of life. Well, unless we have a second child.  But that is not now. Now we try and capture the moments we have watching her be a child and allowing ourselves to be one too.

What I’m trying to say is that my wife is amazing.  I’m willing to bet that most of your SAH moms/dads are, too. I probably don’t tell my wife that enough and with a child in the house, I don’t get a chance to show her enough, if you catch my drift. (Wink- wink, Hubba – Hubba.)

It’s funny to think that just because my wife doesn’t work five days a week, she thinks she’s not contributing.  My wife 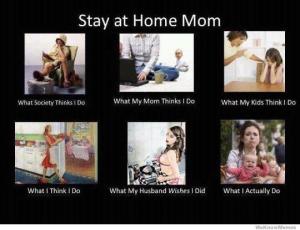 equates her contributions to a paycheck.  I think it is also interesting to note how some, and by no means all, women and men who have decided for one reason or another, think that SAHM as well as SAHD do not work. (however, that discussion is for another time)  I have tried so many times to explain to her how much more important it is that she, rather than some other caregiver, is here with/for our daughter.   I was reading an article the other day http://findingjoy.net/why-being-mom-is-enough/  by Rachel Marie Martin. I  shared the article with my wife in the hopes that she would understand what it was I was feeling.  I think that it’s a solid read for any mom who is in that transitional period from working to stay-at-home, but then again what works for some does not always work for others so I am not offering guarantees.

So this year for Valentine’s Day, we did something different. First we read some of the great blogs on Life of Dad about Valentine’s Day and we had some really great conversations about our relationship and where we see ourselves in the next couple of years. It was great to be able to use the time to both reflect on our past, revel in our present and to plan our future. I also used the time to make sure that my baby momma knew about all of the things I have shared here. Even though our SAHD and SAHM know that they do all of the things that are so important to our families success it’s important that they actually hear it. I really do hope that everyone had a great Valentine’s Day and was able to share it with the ones they love.